Hands up, everyone who thinks it's ugly.

In 2003 British tv-show Top Gear aired a segment on the redesign of the BMW 5 series, saying goodbye to the E39 and introducing the E60 that came out earlier that year. A large part of the segment was devoted to the cars' appearance, with James defending BMW's choices, stating they 'will take some time getting used to, but that the good stuff always does'. Jeremy Clarkson disagreed, claiming it was 'the ugliest thing', before asking for a show of hands, whereby it became clear that the majority of the audience agreed. 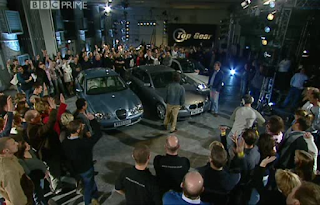 Interestingly enough, time has sided with May and the minority. In the years that have since passed practically every newly designed car has adapted an exterior with smaller, curvy, details that were first seen in the generation of cars the E60 belonged to. From simple cars like the Opel Agila to the forever sturdy Range Rover, a form based on a simple rectangle has become unacceptable in today's car design.
This shift in public opinion is not an argument for the idea that all change is a welcome improvement, but rather that insightful observation of current practices and their shortcomings can lastingly change perceptions, even if they were poorly received initially.


I originally wrote this to serve as an introduction to the short exposition on the re-imagining of logo design to fit into contemporary tastes, but it can stand on its own as a short comment about the assumptions that underlie the perception of the world and the judgement of values that are attached to it.