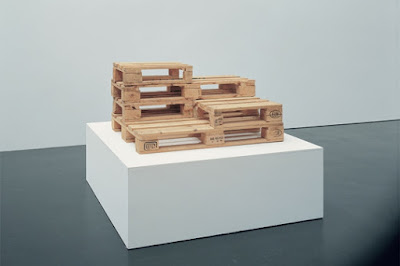 'Over and above Kippenberger's personal relationship to his mother, the pallet works are, at the same time, a comment on the logic of sculpture as a commodity fetish and a reflection on architecture and models of buildings purporting to serve social purposes. Moreover, the pallet is a modular element that can be stacked or arranged in rows, in the manner of an expandable modular system that not only ranges from pre fabricated housing to children's building blocks but can also be used as ideological vehicle.'
This is part of what Sussane Neuburger had to say about a number of pallet works by Martin Kippenberger from 1985, conveniently ignoring the fact that those pallet works actually are all made up of pallets that have parts cut out of them in order to expose the 'reflection on architecture'. By cutting wood, a very common and straightforward sculpting technique, Kippenberger in fact erased the modular elements of the pallet and thereby stripping it of all the ideological functions Neuburger assigns so much value to. That this removal of elements was of importance to Kippenberger can be found in a number of side works to the core series. These works all consist of a part of the pallet that was removed in the creation of the main sculptures, together with a length of chainsaw blade and a label. 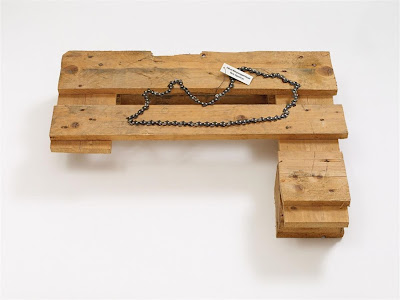 As already touched upon in the introductory post for this blog, the way Kippenberger manipulated the pallets removed some of its essential features, thereby allowing it to enter into the realm of art. The proportions Neuburger associates with modernist architecture only arise if the pallets are cut up into smaller pieces and don't occur when they are 'stacked and arranged in rows' of 4-3-2-1 pallets respectively.

A pallet is thus very a commonplace object with many rich associations, but only if that idea of the commonplace is in some sense subverted can it be seen as art. Which is confirmed by the many examples of works with pallets that I've encountered in the last few years. 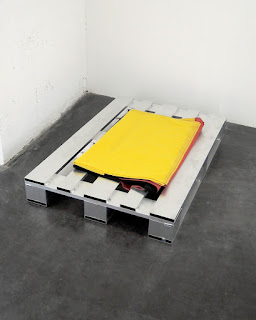 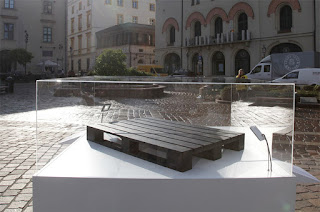 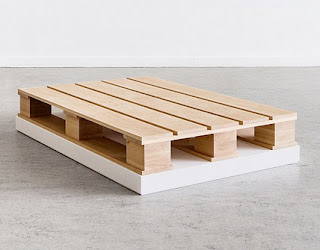 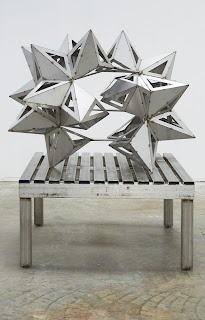 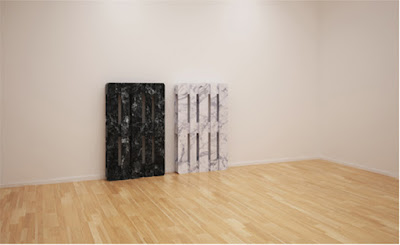 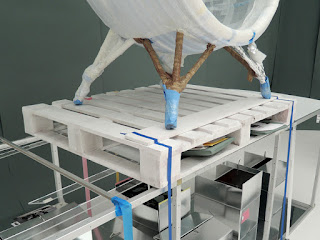 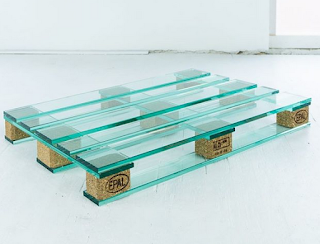 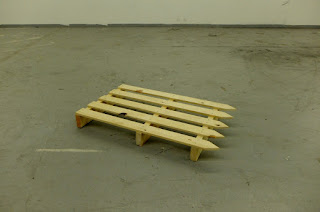 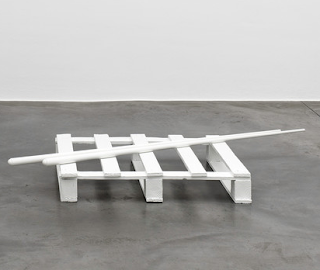 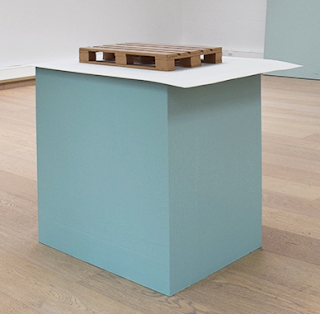 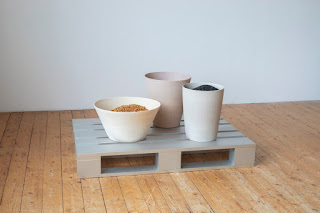 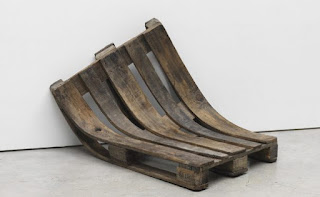 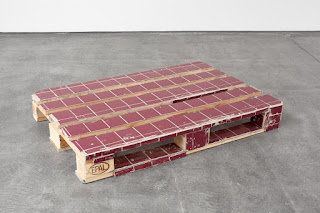 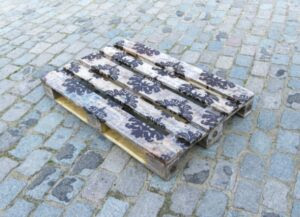 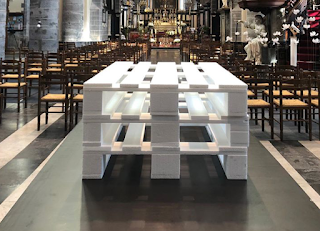 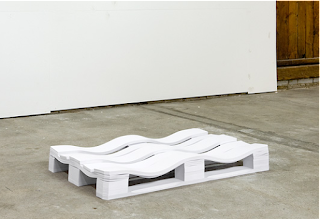 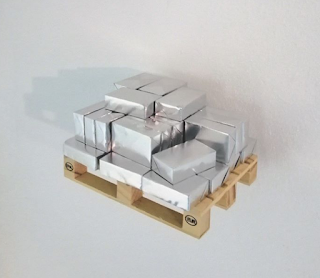